Researching US Supreme Court Cases: After the Decision (Finding Citations)

Shepardize (e.g. to Shepardize a citation)   A method of locating the subsequent history of a case using a book or computerized version of Shepard's Citations. This process can locate a list of decisions which either follow, distinguish, or overrule any case.


Shepard's Citations   In the legal field, Shepard's is a highly regarded citational index. It allows researchers to track particular judicial decisions, statutes, and other legal resources as they are invoked at different historical moments for a range of purposes. Shepard's citations provide references to when and how cases and law review articles were cited by other sources. Citations exist for both federal and state courts. 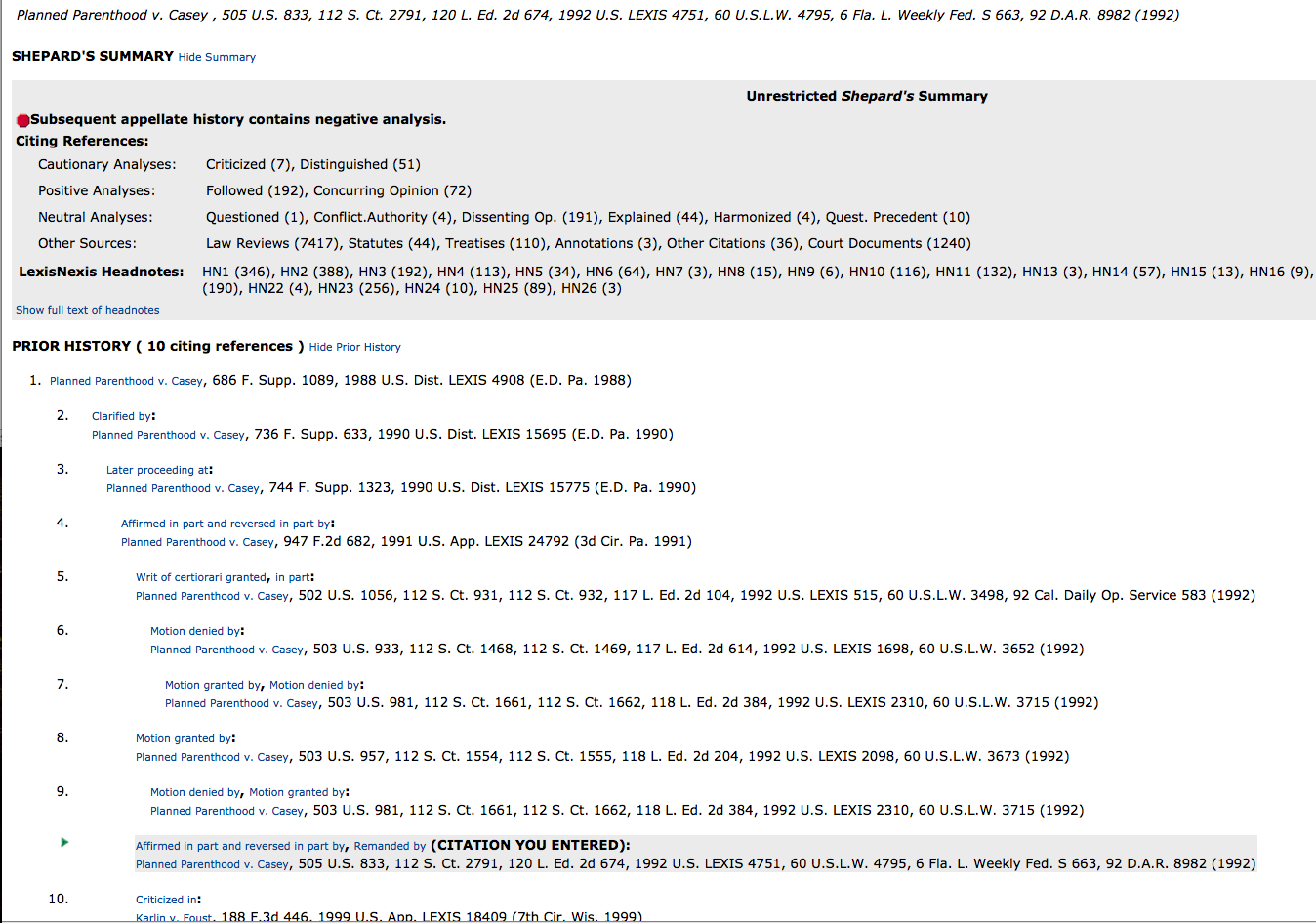 - Find out if the case is still good law, or if it has been subsequently overruled.
- Find out how other courts have treated the case.
- Shepard's can also be used to research the case history (e.g. lower courts that heard the case).

What can you research using Shepard's?
- In the version of LexisNexis available in the Tri-Co (LexisNexis Academic), you can research cases, but not statutes.
- Court documents such as briefs, pleadings, and motions are not included.
- What you'll find in Shepard's (in the Tri-Co):

Symbols used in Shepard's (in LexisNexis)

- When you search for a case in Shepard's, you'll see a symbol at the top of the results page. This symbol offers a quick assessment of how the case has been treated.

- It's important to carefully look at the citing cases (scroll down to the "Citing Decisions" section), though, because the symbol may indicate that only one issue within the case has been dealt with in subsequent cases. Even if you see the red stop sign symbol, some portions of the law may still be cited as precedent.