The 420 Experience: Resources and Research on Cannabis

This research guide aims to both summarize resources on campus and to provide resources for further reading based on multiple frames of analysis: health/medicine, economics, (de)criminalization, among others.

Marijuana in the College Archives 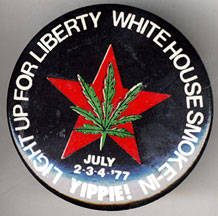 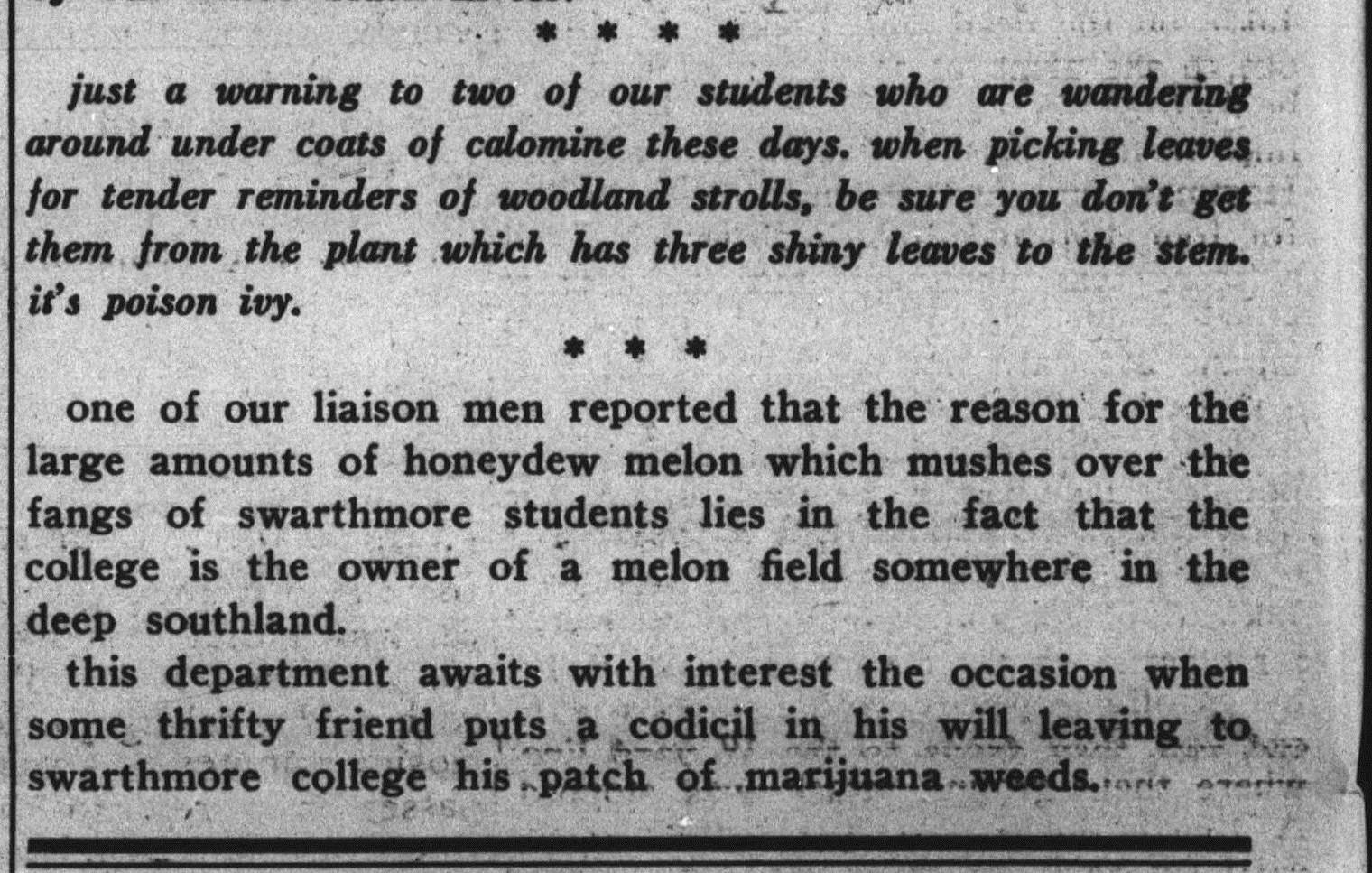 Earliest mention of marijuana in the Swarthmore Phoenix: October 26, 1937:
"this department awaits with interest the occasion when some thrifty friend puts a codicil in his will leaving to swarthmore college his patch of marijuana weeds" 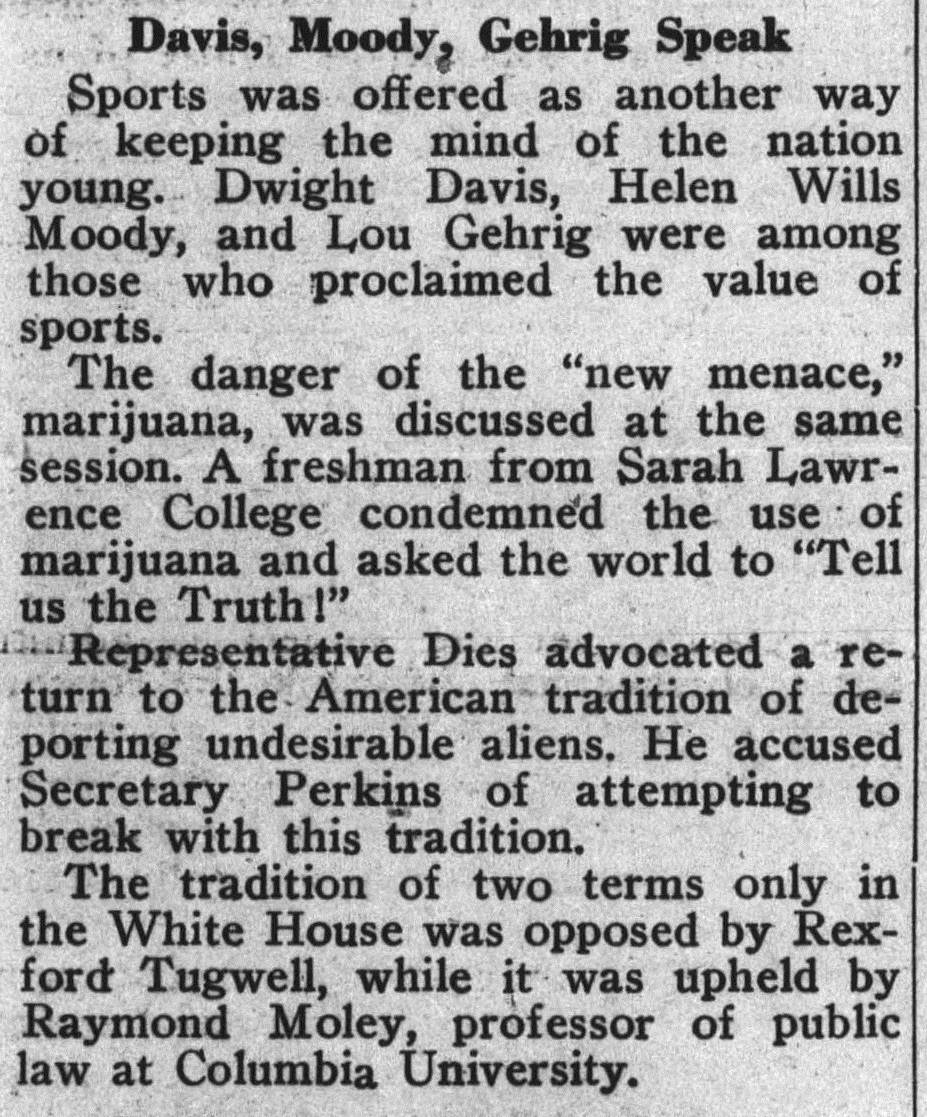 CQ Researcher: War on Drugs
"Should nonviolent drug users be subject to arrest?"

The War on Drugs: Winners and Losers (1999)
"Is the war on drugs in the U.S. causing greater societal harm than the problem of drug abuse itself?"

War on Drugs and Human Rights (1996)
"Richard Nixon declared a War on Drugs in 1971 and dramatically increased the size and presence of federal drug control agencies."

"Canabis is called in Englishe Hemp..." Page 16 of William Turner's "The Names of Herbes."

This page depicts the earliest recorded mention of cannabis as noted by the Oxford English Dictionary. 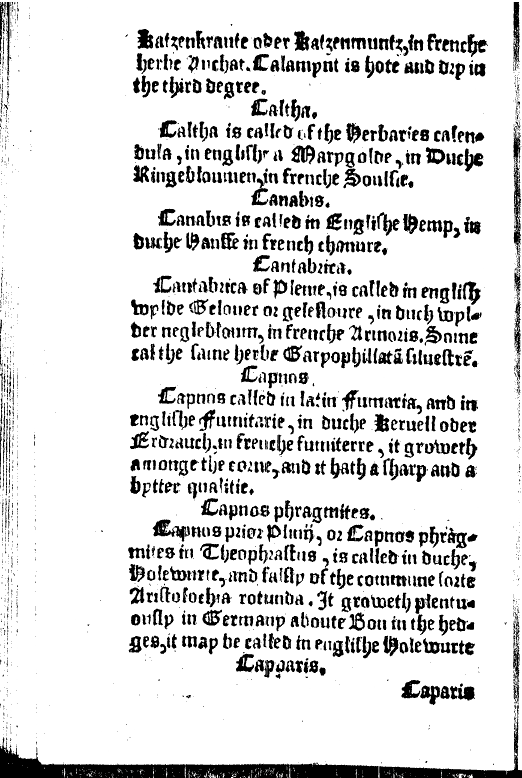 If you're seeking even earlier mentions, ditch "cannabis" for "hemp": John Taylor wrote an ode to hemp in 1623 in "The Praise of Hemp-Seed," long before THC was discovered: 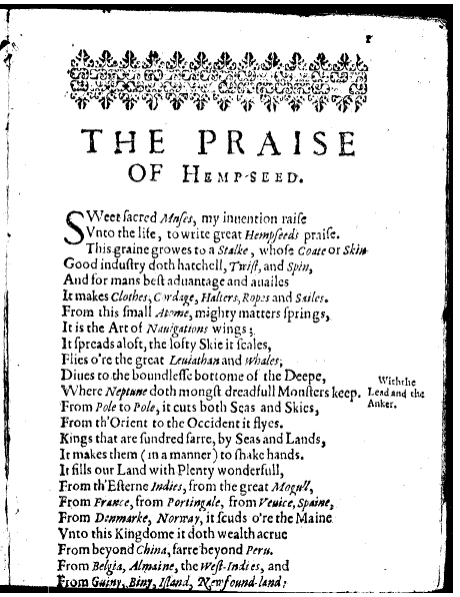