As you work on your research paper for History 12, consult the different sections of this guide for recommendations related to finding primary sources, navigating the scholarly literature, and appropriately acknowledging the sources consulted in your research.

Reach out to Sarah Elichko (Social Sciences Librarian) to ask any questions related to your research. Feel free to email (selichk1) your questions or to set up an appointment. Sarah holds office hours at McCabe's Research & Information Desk on Mondays 3-5 and Wednesdays 1-3 pm.

Chivalry in a medieval manuscript

The British Library holds a rich collections of illuminated medieval manuscripts, including the copy of The Talbot Shrewsbury book from which the following detail is taken. 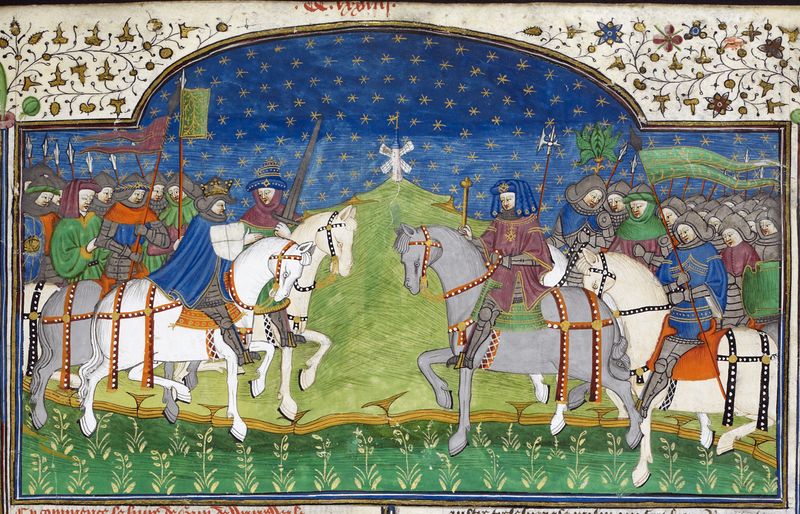 Detail of a miniature of Guy of Warwick as a courtier and pilgrim, from Poems and Romances (the 'Talbot Shrewsbury book'), France (Rouen), c. 1445, Royal 15 E. vi, f. 227r  |  Held and digitized by the British Library

Le Romant de Guy de Warwik et d’Heraud d’Ardenne was one of the most popular romances in medieval England, judging from the number of copies that survive in both French and Middle English, mostly in verse. There are, however, only two known copies in French prose, of which this is one. Guy is an English knight who falls in love with a lady of high standing and must prove himself worthy to win her hand. He is taught chivalry by his foster-father, Heraud, and embarks on a series of successful adventures, but later comes to regret his violent past and goes on a crusade, then retires to a hermitage. (from the British Library Medieval Manuscripts blog)