It's Good to Be King: 65 Years of Godzilla (Exhibit)

Celebrating the 65th anniversary of Ishiro Honda's original Godzilla film, the Swarthmore College Libraries will be hosting an exhibit in the Rare Book Room windows on the third floor of the McCabe Library from September 21st to November 20th, 2020.

Within the pages of this guide, you will find information about the legacy of Godzilla as well as films and reading materials available through the libraries. The McCabe Library exhibit will also feature more historical references and pop culture objects, so we hope you are able to visit the library this fall to witness the mighty legacy of Godzilla!

A Brief History of Godzilla and the Original Film 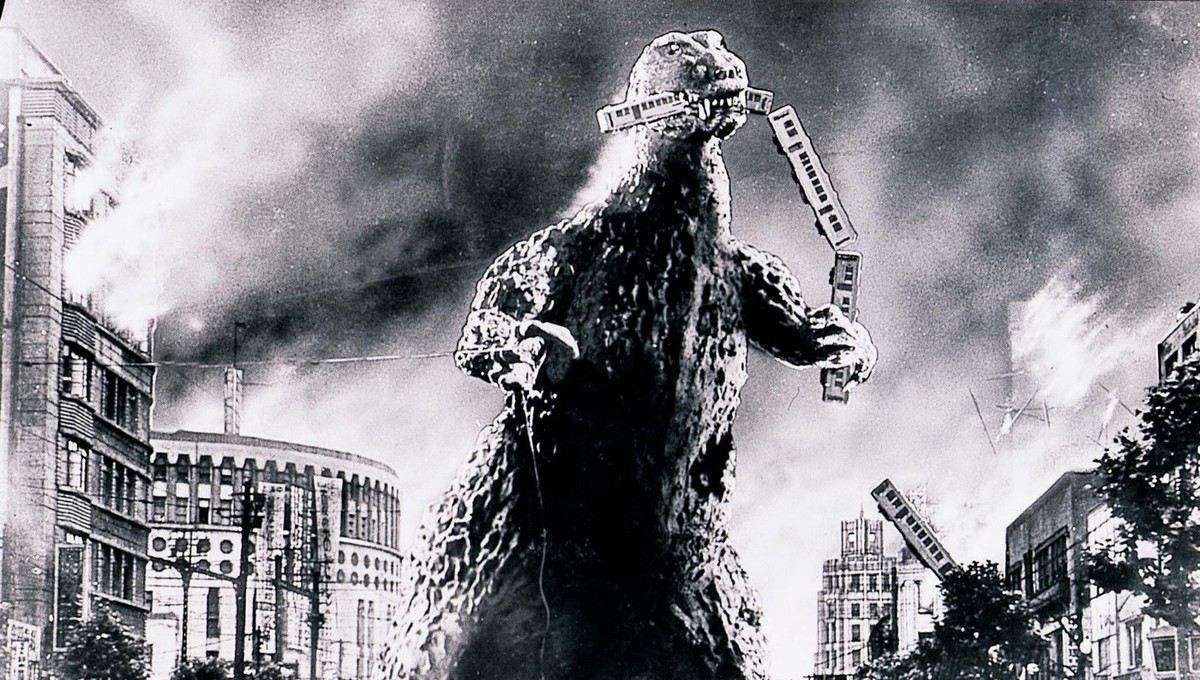 Godzilla, known as a kaiju in Japanese, or “strange beast,” is connected to the country's giant monster legends. He was originally created for a series of films and quickly became a worldwide pop culture icon. With the atomic bombings of Hiroshima and Nagasaki still fresh in the Japanese consciousness, Godzilla was an allegory for the immense destructive power of nuclear weapons and the fear it instilled of a possible recurrence. Other interpretations regard Godzilla as a metaphor for the United States, an enormous beast woken from its slumber to take vengeance on Japan. The first Godzilla film was also produced in the same year that the Lucky Dragon 5, a Japanese fishing boat, was contaminated by nuclear fallout from a United States nuclear test, which further emphasized the film's themes of nuclear disaster.

First appearing in Ishiro Honda’s 1954 film Gojira, the beloved monster would continue to appear in a total of 32 films produced by the Toho Film Co. The original film was later imported to the U.S. in 1956 under the title Godzilla: King of the Monsters! The film was dubbed in English and heavily re-edited to include scenes with American actor Raymond Burr. While many film historians consider this version to be a lower quality “Americanization," it did successfully introduce the "King of Monsters" to the U.S. and pave the way for further imports of the Toho Co. films. 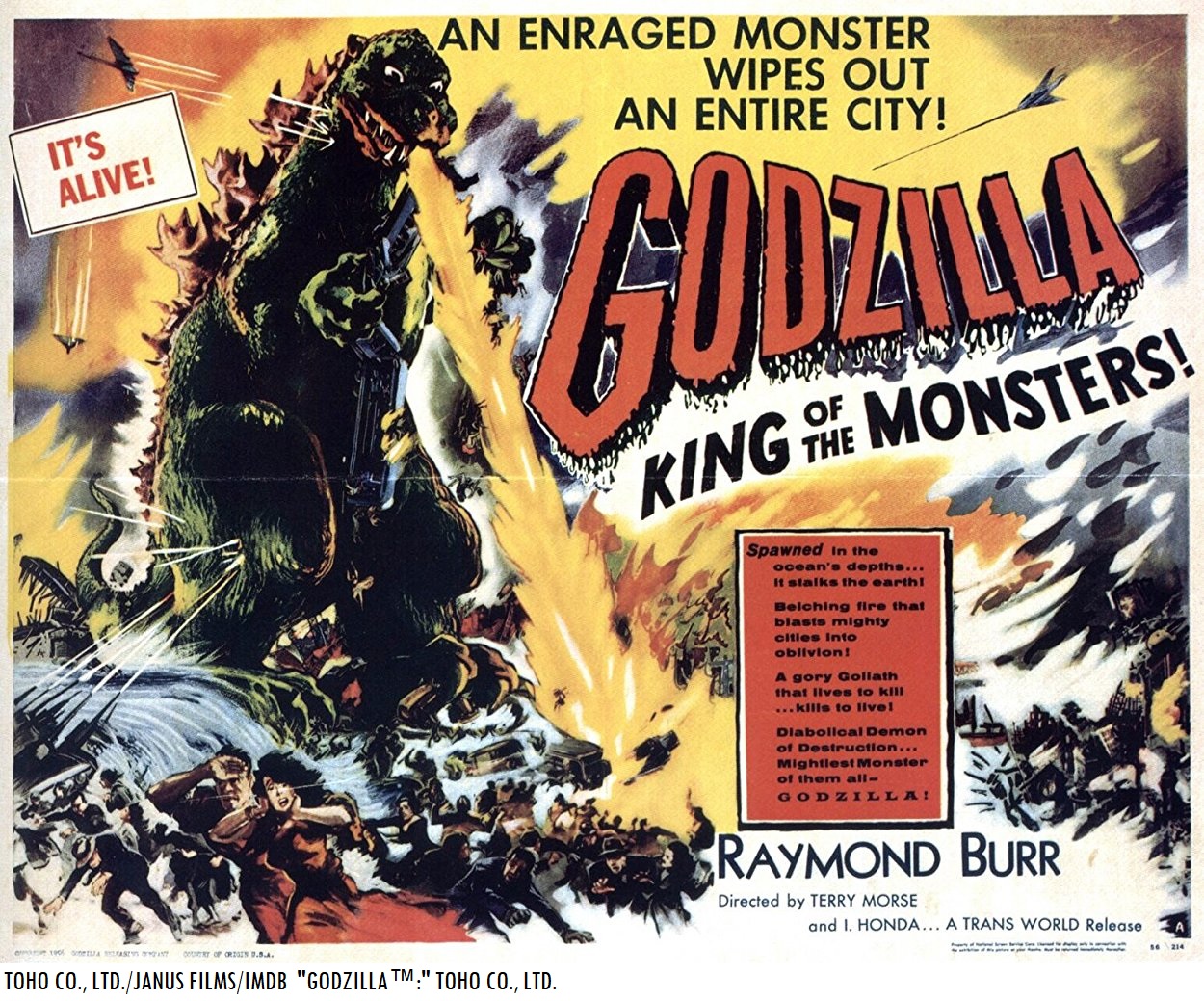 Original Poster for the 1956 American version of the film, Godzilla: King of the Monsters!

Long live the king: his reign continues even after 65 years!

November 3, 2019 marked the 65th anniversary of the King of Monsters’ Japanese theatrical debut. As the film series grew in popularity and expanded, Godzilla also began to be portrayed as less of a destructive threat and more so as an antihero who defends humanity. Following the legacy of the original film and Toho Co. franchise, there have been three Godzilla films produced by Hollywood with another film in development. Numerous comic books, novels, animated television shows, and video games based on the Godzilla franchise have also been created, which have contributed to the kaiju’s immense fame and iconic pop culture status.

Godzilla’s cast of supporting characters also grew with his popularity. Fan favorites include other kaiju such as Mothra (a sentient larva or imago), King Ghidorah (a winged three-headed dragon), Mechagodzilla (an extraterrestrial doppelgänger robot), and Rodan (an irradiated species of Pteranodon). He has also faced off against the renowned King Kong in a 1962 Toho Pictures film and will once again in the upcoming Godzilla vs. Kong, set to be released in 2021. 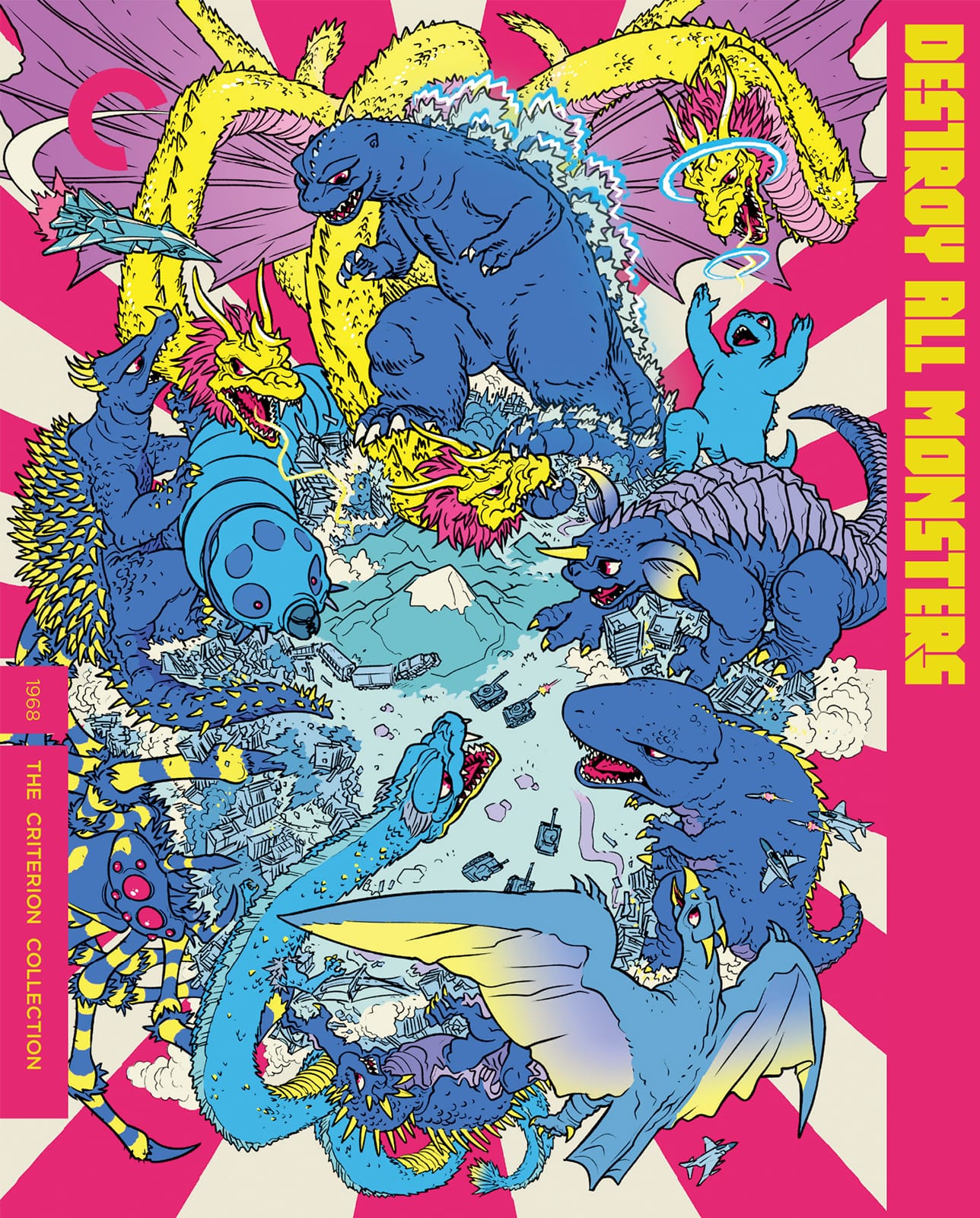